BE A VOICE; NOT AN ECHO! 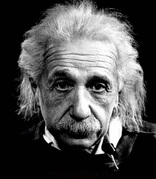 FOLLOWING IS EASY; BUT LEADING IMPACTS!

Recently, I ran across this quote and was inspired to express my thoughts.  I grew up in a household where the children were to be seen; not heard.  That was a challenge for me since I was a child who wanted to speak up; not only for myself but for others. That attitude sometimes served me and other times got me in a lot of trouble; however, it did not defer me from speaking my voice.  I believe that ‘being a voice’ is about authenticity… and I believe that authenticity is the best gift I can give myself and the best gift I can give others.

As I have lived a lot of life and traveled down a multitude of roads, I have learned that many people are so diluted they have no idea who they are, what they stand for or what they want.   And… rather that challenge their status quo living, often just accept what is dealt them.  We as individuals and a society are at a crossroads where being a voice is so critical to our futures.  Over time change has happened by those who dared to speak their heart and mind; and therefore, becoming a voice for change.  As I look around our world today, fear has diluted most voices to nothing more than an echo of what is believed to be acceptable and the ‘in thing’.

THE SHIFT BEGINS WITH YOU… AND ME

As a coach and leader, I believe if we chose to let go of the need to fit in and become a person or organization with a voice; we can inspire others to do the same; and make significant impact in our communities and in the world.  The shift begins with you and me.  You may be asking, “how can I begin?”  Well, I began years ago by creating my own motto for living.  It is, “I walk between the raindrops in life; I am letting nothing rain on my parade.”

With more and more hostility in our world today we need organizations and leaders with a voice speaking about and inspiring cooperation versus competition; creating inclusion-not separation; encouraging, valuing and building up others; and finding middle ground for win-win outcomes.  Sounds easy, huh?  Well, if it is so easy, we are not doing a great job of such a seemingly easy task.  It seems the echoes are louder and more powerful than the voices.  Is that lack of speaking up driven from just wanting to fit in and be accepted by those with titles of power?

Speaking of the impact of titles and power, I am reminded of a recent conversation with myself in trying to better understand the concept of critical race theory (CRT).   It came to me that it may be an outcome of critical ego theory (CET).  The need for control and acceptance is a very powerful motivator in a transitioning society, culture and world community.  Maybe what is really needed is more individuals and leaders being willing to become a voice for resolution and cooperation.

AUTHENTICITY IS A GIFT

He and I both concur that Einstein was speaking about finding your authentic voice and having the courage to use it.  Those coming from their authentic voice don’t concern themselves with popularity as much as they concern themselves with authenticity in their message, and in their vision.  Without conviction; power and fear from others can dilute one’s clarity and commitment.

Michael continues… “but in many organizations and even within society at large there are those that will naturally seek to undermine your position simply because it goes against the echo.”  Your response must be to remain firm, but also remain humble in your resolve; keeping an open ear to other points of view and thought.

In still another one of Michael’s articles from 2018 – ‘CURIOSITY FUELS A FUTURE OF POSSIBILITY’, he states that leaders disrupt, and that requires continually challenging their own basic assumptions and deciding whether they still stand correct as the world moves on…because the world always moves on.

My hope in authoring such a possibly controversial article is that it inspires you, the readers, to be proactive in using your voice to contribute to positive change in our world.  As a Board member of Women in Film and Television – Nashville, I am committed to global inclusion, valuing the dreams and goals of our members, contributing to the arts in a way that promotes positive society and cultural changes and leading in becoming a voice for these goals.

REMINDER OF SOMETHING I ONCE READ:  “Changing your mind is a strength.  A perspective isn’t written in stone; it’s etched in sand.”